PPG and Energica Motor Company: A Partnership in Sustainability

As consumers around the world increasingly turn to electric vehicles – in January 2020, Italy saw a 586.6% increase in registrations for electric vehicles compared to January 2019 - PPG has continued to establish itself as a forward-thinking company by partnering with Energica Motor Company.

Founded in 2014 in the province of Modena, the heart of the italian Motor Valley, Energica Motor Company, a spin-off by high-tech industrial firm CRP group, is the first and only manufacturer in the world of high-performance electric motorcycles.

In 2019, Energica was chosen by international sports company Dorna as the sole manufacturer for the FIM Enel MotoE World Cup, making Energica’s extraordinary Ego Corsa sportbike available to 18 drivers and 13 teams registered for the 2020 edition.

Having already been the official paints supplier for Energica motorcycles since 2019, PPG has now become an institutional partner of the Italian company.

The two companies, both global leaders in their sectors, share similar values and continuously innovate through cutting-edge research & development laboratories to develop high-quality products and ensure maximum performance. However, what's truly at the heart of PPG culture and the essence of Energica’s philosophy is environmental sustainability.

PPG is deeply careful to reduce the impact of its products on the environment in all sectors in which it operates. In the automotive sector, the refinish brands of the PPG were the first in the market to launch a revolutionary line of water-based products in the late 1990s. More recently, newly developed technology has eliminated a step in the painting process and the need to use separate drying booths and ovens, allowing car manufacturers to reduce capital investments, operating expenses and energy consumption.

At the same time, Energica is synonymous with sustainability: electric vehicles, including electric motorcycles, play an important role in mitigating the effects of climate change as they do not produce direct greenhouse gas emissions.

“We are incredibly proud of our partnership with Energica - our two companies have more values in common than one would initially think,” explained Silvia Milone, Business Director of PPG’s Automotive Refinish for Italy & Malta. "Cooperating with Energica is incredibly natural, and we look forward to continuing to produce paints together that ensure a durable and aesthetically perfect finish."

Livia Cevolini, CEO of Energica Motor Company, said: "It is a great pleasure to be able to count an industry leader such as PPG among our partners. A collaboration aimed at excellence and expertise has always been our vision.”

PPG paints have been used for Energica’s latest prototype bike, the Ego Corsa Black Test, used by the electric motorcycle firm’s test rider Alessandro Brannetti. The bike is a technological development by Energica as part of its three-year commitment as the sole manufacturer of the FIM Enel MotoE World Cup.

After a slight delay due to the global pandemic, in July the first round of the 2020 FIM Enel MotoE World Cup took place at the Jerez de la Frontera circuit in Spain. The final race in the World Cup will commence in October at the LeMans Circuit, in France. 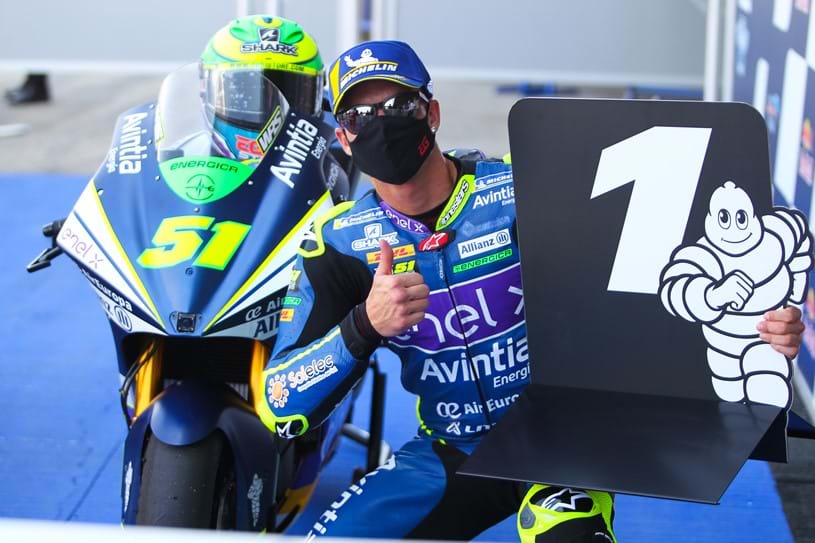 We protect and beautify the world is a trademark and the PPG Logo is a registered trademark of PPG Industries Ohio, Inc. © 2020 PPG Industries, Inc. All rights reserved.