PPG Refinish UK and Ireland are proud to announce the opening of their MoonLab, a dedicated space to demonstrate the innovations of MOONWALK™, the latest technological development in refinish paint mixing. The MoonLab has been designed to reflect MoonWalk in multiple ways; the lab is clean and minimalist to show customers the new direction in which MoonWalk can take their bodyshops while at the same time offering a space to meet in a creative environment.

MoonWalk is the latest innovation in refinish paint mixing from PPG. Globally launched in Madrid, Spain in June 2019 followed by the official UK and Ireland launch at November’s ABP Club’s Night of Knights. PPG Specifically designed MoonWalk after listening to the unnoticed pains of the refinish industry; the machine significantly reduces product waste, saves valuable labour time and transforms the mixing room into a cleaner, safer and more attractive environment. 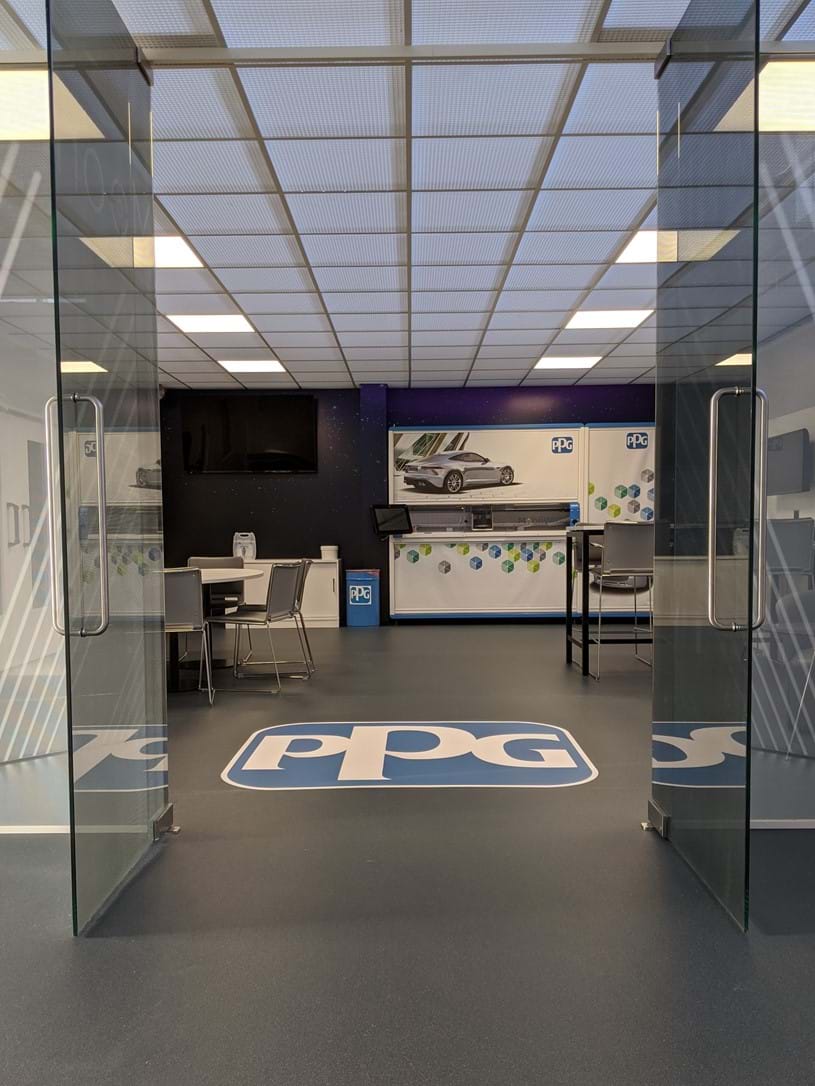 David Heal, Market Director, Automotive Refinish UK & Ireland commented, “MoonWalk is an important step forward in the refinish industry and it illustrates PPGs investment in innovation. Creating a bespoke environment to share the value MoonWalk can bring with our customers is a great asset”.

PPG look forward to welcoming customers into the MoonLab and to the new era of refinish paint mixing. For more information, visit www.moonwalkrefinish.com or email ukmarketing@ppg.com